Many volunteers of the Illinois Aviation Museum have put hundreds, if not thousands, of hours into five major restoration projects over the past years. They have restored a T-2 Naval training jet, Air Force T-33 training jet, US Navy A4 attack jet, and another T33, now named “Stubby.” Recently, our volunteers completed a replica Fokker DR-1. We encourage those who would like to be a part of the restoration process to get in contact with us. See below if you want to learn more about our previous projects. 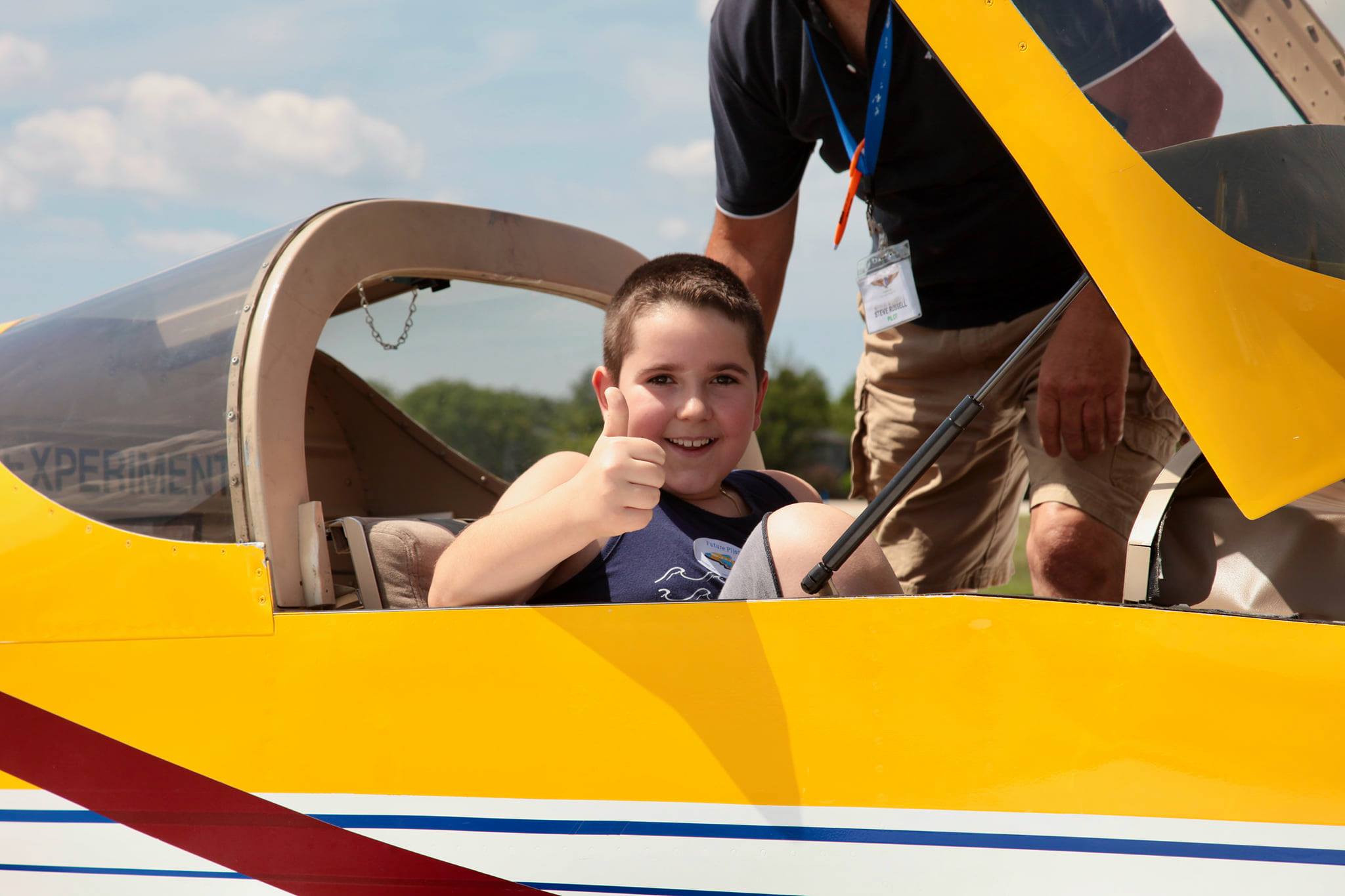 The Young Eagles program was launched in 1992 by the EAA in Oshkosh, Wisconsin. Their mission is to provide flight experience ― free of charge ― in a general aviation aircraft for young people between 8-17.

Your child can join the ranks of Young Eagles and see their world from a while new perspective. Our local EAA Chapter 461 has Young Eagles flights every second Saturday of the month between April and October.

The Illinois Aviation Museum hosts monthly educational seminars on such topics as weather, new technology, learning to fly, and many others. Seminars are held in the hangar on the Third Wednesday of each month, beginning at 7:00 PM.

Understanding that the future of aviation lies in our youth, we are also in the process of partnering with our local STEM and STEAM initiatives to include aviation-related activities in their programs.

In addition, we welcome groups from schools, scouts, and other youth organizations to tour our museum to learn more about our collection and related history.

Two build projects were completed by our museum and community volunteers in the over the years.

The WWI Aero Builders Club was an educational project of the Illinois Aviation Museum headed by board members Dan Christine and Chris Christine. This project was a hands-on experience that was available to any area high school age student. Club members, under direction of experienced airplane builders, built an actual flying airplane, a WWI ¾ scale Fokker E-III. The project was completed in 2008.

The vision of the Illinois Aviation Museum “One Year Wonder” project started in 2015 with the simple idea of using aviation to inspire and educate. The aircraft selected was a Zenith CH750 Cruzer from the Zenith Aircraft Company. During build sessions, community members including kids from 8-80, would show up just to see the project, watch, wonder, and most importantly, get involved. The plane was finished in 2017.